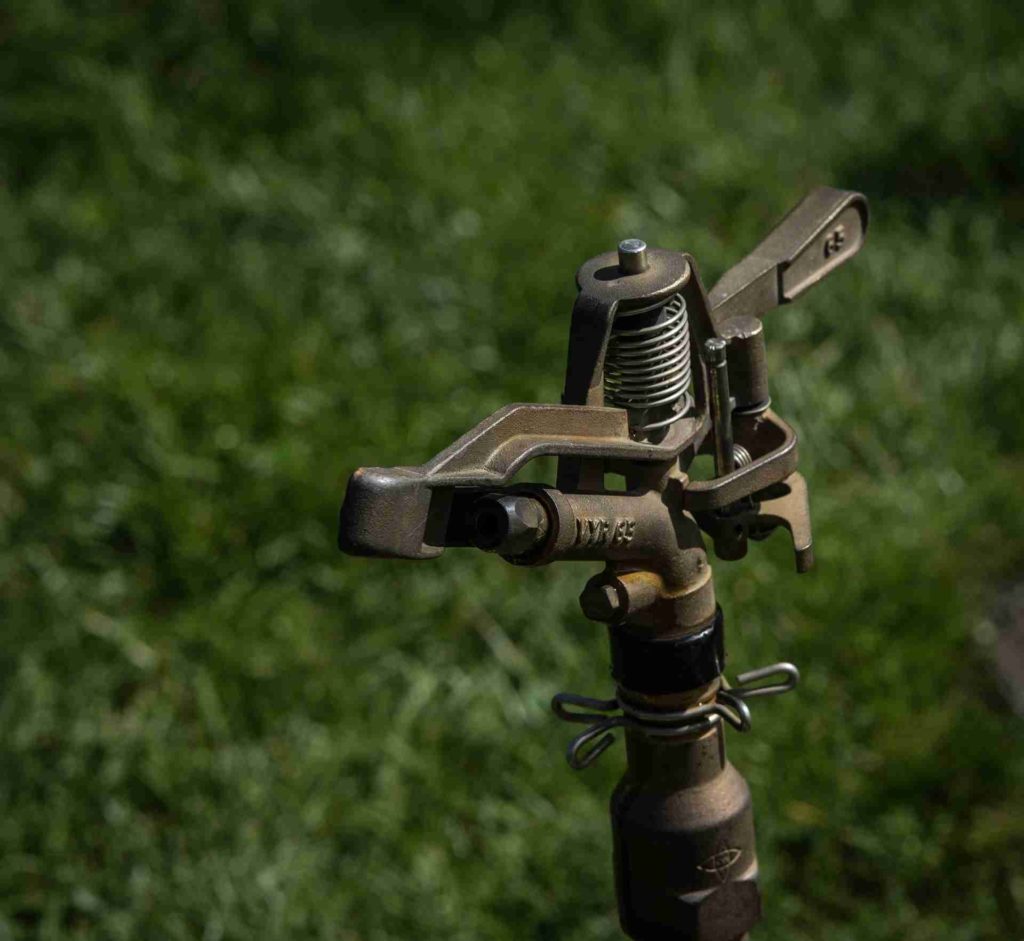 Lawn care is a vital aspect of keeping your home looking as nice and fresh as possible. With the winter months approaching, however, you’re probably not thinking of a sprinkler system installation. This is something that can be especially true in areas that aren’t known for being warm during these months.

However, this doesn’t mean that you should leave off lawn irrigation in St Louis until it’s closer to summer. We recommended thinking about having custom irrigation systems put in now rather than later.

This is something that many people may be somewhat confused by; after all, lawn irrigation in St Louis isn’t something that will need a significant amount of effort during fall. Much of the surprise here can be driven by the fact that the spring and summer months are when our gardens tend to flourish.

As a result, many people who claim to be lawn irrigation St Louis experts suggest putting the systems in just before these seasons. However, this isn’t necessarily true, as the autumn and winter months can be a much better time to do so. There are a few reasons why this could be the case.

Why Install Your Irrigation System In Autumn Or Winter

Spring and summer are when our lawns truly flourish, with much of this depending on the time and effort we put into the garden. The majority of effort will be focused on planting new flowers, and possibly even a few new trees or bushes.

Alongside this, you may be considering a sprinkler system installation during this time. Doing so well before these months can provide a variety of benefits that you may not have thought of, especially in autumn. One of the most notable of these is that lawn irrigation in St Louis can take a significant amount of time to install and set up.

Alternatively, you could do this yourself, although this will take a significant amount of time and effort. All of this should be avoided when you have your lawn irrigation St Louis system installed in the winter or autumn months.

The majority of professionals should have a much more open schedule during these months, which means that they’ll be able to provide their sprinkler system installation services much quicker.

What many people may not have realized is that this can also have quite a noticeable impact on price. During the spring and service months, lawn care professionals will be more in-demand, so the majority of them will charge more during this time.

In autumn and winter, however, they may have somewhat fewer customers, so you may be able to negotiate on price much more. As a result, your sprinkler system installation should not only be much quicker, but cheaper too.

The autumn months could also provide the right weather for installing the systems, especially when it comes to lawn irrigation St Louis. Much of this is driven by the fact that the heat during the summer months may be too overbearing to install the systems yourself.

On the other hand, the winter months may make the soil too hard to work with and install any custom irrigation systems in. Alongside this is the rain and other weather that may make it much more challenging to do work in.

During the autumn months, however, you should have the perfect weather for any lawn irrigation in St Louis work.

Alongside each of the above is the fact that, once the sprinkler system installation has been carried out, you’ll have much less work to do during the spring and summer months. As a result, you’ll be able to start any large landscaping or gardening work much sooner than you would have otherwise.

By having the sprinkler system installation carried out early, your soil will be in a much better condition to work with, which means that you can then start any of your gardening projects.

The cost savings that we mentioned above can also be helpful in this regard, as you’ll be able to put that money toward any of the supplies or work that may need to be done during these months.

Advantages Of A Custom Irrigation System

Many of us may wonder what the benefits of custom irrigation systems may be. There are quite a few of them, with some of them being obvious. One of the more notable advantages that many people will expect is that it helps keep your lawn looking lush and well-maintained with a minimum of effort.

Keeping your garden looking well-maintained can often be quite a difficult and time-consuming process. Alongside this is that many of us may forget to water our plants, and the overall garden, which can lead to the lawn looking a bit worse for wear.

While many people will know that an irrigation system will be able to help them in this regard, some may wonder why they should opt for a custom one instead. In short, this is because it can be much more versatile in use and can be better tailored to your garden.

The system should also ensure that your lawn doesn’t become waterlogged, which is something that can have a variety of adverse effects on your garden and plants.

As such, it will be able to cover each area of your lawn with a minimum of hassle while also ensuring that every area is getting the water that it needs. Alongside this, there are a few other benefits to using the system, especially when it comes to lawn irrigation in St Louis.

Get Rid Of The Hassle

The majority of us will want to ensure that our garden looks as well-maintained and high-quality as possible. However, this often means that we’ll have to spend quite a significant amount of time looking after it.

As a result, it could mean that you’ll have to waste most of the day looking after your gardening. While this is something that many people may enjoy, some of us would much rather spend time doing something else.

However, not watering and maintaining your garden may not be an option, as it means that it will begin to look unappealing. This is primarily where an irrigation system will help you, as it waters your garden without you having to spend any time or effort on it.

Because of that, you’ll be able to keep your plants and garden well-watered without needing to put a significant amount of time or effort into doing so.

What many people may not realize is that there can be a significant amount of water wastage when you’re watering your garden. This is something that can be compounded by the fact that the majority of water that a household uses can be on outdoor use, with this primarily being focused on gardening.

However, this doesn’t need to be the case when you have an irrigation system installed, as they can be much more eco-friendly than you might think. Much of this is because of the system’s design, although a certain amount of it can be driven by the various settings that you’ll be able to take advantage of.

The majority of high-quality irrigation systems will be equipped with sensors that can detect the moisture of the soil. By doing so, they’ll be able to adjust their water output accordingly, which helps to cut down on the majority of water wastage.

Depending on the size of your lawn, you may end up needing to use a considerable amount of water when taking care of it. As a result, our water bills may be much higher than we might want them to be. However, this is another area that an irrigation system can be beneficial.

Much of this is driven by the water conservation technology that we mentioned above, although there are a few other reasons behind this. Perhaps one of the most notable of these is that you’ll be able to prevent overwatering your plants, which not only saves on water costs but result in less damage to your plants and soil.

Alongside this is that you should be able to set how much water you want the system to release. By doing so, you’ll be able to cut down on water costs whenever you need to by simply reducing the amount of water that your system lets out.

While it may cost you a certain amount of money to have the system installed, this can pay off dividends on your water bills. This is especially true when you add in the amount of time and energy you’ll save on the area, as well as the cost of replacing plants that you may have over- or under-watered.

One of the primary benefits of custom irrigation systems is that you’ll be able to protect the soil and its nutrients better. Much of this is primarily seen when compared to watering the grass and plants by hand, which could cause a few mistakes to be made when doing so.

Perhaps the most common of these are either overwatering or underwatering the garden, both of which can have a variety of consequences, especially when it comes to lawn irrigation in St Louis.

Overwatering, for example, could cause many of the nutrients in the soil to fade away. Alongside this, the nutrients in your plants will also seep into the ground, and may possibly disperse across a large area because of this overwatering.

These nutrients will be much-needed for your plants and their growth, which is why this is something that should be avoided as much as possible. After having your sprinkler system installation done, you’ll be able to prevent this, as the system will use an optimal amount of water.

In the majority of cases, the amount of water used can be changed manually depending on the weather. For example, you’ll be able to release more water during the dry summer months, and less during the winter, where it’s naturally going to rain much more.

Underwatering your plants can also be harmful, as it means that they wouldn’t be getting as much of it as they’ll need to survive and grow. This is perhaps the most obvious example of how people may have mistreated their plants or not cared for them enough.

Failing to water them enough will cause them to wither away and die over time, which is something that you’ll want to avoid. Much of this is driven by remembering to water them, which we mentioned above.

By having custom irrigation systems installed, you shouldn’t need to worry about forgetting this, as it will be taken care of for you.

With the various benefits that you can expect from the system, it’s recommended that you have them installed at some point or another. As mentioned, autumn can be a well-recommended time for a sprinkler system installation, with much of this being focused on saving time and hassle.

When it comes to lawn irrigation St Louis, it’s best to get things done sooner rather than later. With that in mind, what’s stopping you from considering a high-quality sprinkler system installation for your garden?